I popped into the Sumner Theatre at the Melbourne Theatre Company this afternoon to listen to arguably America’s greatest living playwright, Edward Albee.

Organised in conjunction with The Australia Centre at The University of Melbourne and The Melbourne Theatre Company, Albee was interviewed for about 90 minutes by Radio National’s Amanda Smith as part of the John Sumner Lecture series.

After reading in the weekend papers that Melbourne should be worried about the cultural renaissance occurring in Brisbane at the moment, if today was anything to go by, I don’t think Melburnians need to be concerned just yet. A packed house of 500 people on a cold Melbourne afternoon, a long waiting list and a standby queue in the foyer was testament to this city’s crown as still remaining the cultural capital of Australia. It was great to see the audience demographic range from 18 to 80 (Albee himself is 82 years old), including what looked like a number of university students in the house no doubt studying the theatre.

A three-time Pulitzer Prize winner for Drama, Albee has written 30 plays in his long career, including his latest play Me, Myself and I, currently showing on Broadway to favourable reviews. With plays like The Zoo Story and Three Tall Women to his credit, Albee is best known for his 1962 classic Who’s Afraid of Virginia Woolf?, of which the film version starred Elizabeth Taylor and Richard Burton.

I’ll admit from the outset, Who’s Afraid of Virginia Woolf?, first introduced to me in a senior Literature class in high school in the mid-80s, has always been one of my all-time favourite plays. Add to this, every interview I have read of viewed over the years with Edward Albee has inspired me as a Drama teacher. Albee’s knowledge of theatre is frightening. He is understandably well versed on the classics and well read with all of the major plays throughout the centuries. He is living proof we learn from our past. Albee mixed intelligence and wit with ease during this interview, and his strong opinions on a wide variety of aspects concerning contemporary theatre in America and beyond were fascinating.

Here’s a run-down of some of Albee’s thought’s and observations from today’s interview:

So Edward Albee fanboy as I am, there I was front and centre a mere metre from Albee on the other edge of the stage. Long shot as it was, I bought a new copy of Who’s Afraid of Virginia Woolf? and carried it with me just in case. I will now cherish my signed copy by a man who will be remembered as one of America’s greatest playwrights.

After last night seeing Wicked once more on its return season to Melbourne, I thought I’d post 15 wicked facts about one of the biggest musical theatre shows in the world. 1.  Wicked opened at New York’s Gershwin Theatre on October 30, 2003 2.  The original Broadway cast starred Kristen Chenoweth as Glinda and Idina Menzel…

Saturday in New York City and you really can’t tell it’s the weekend. The Big Apple is still a bustling metropolis of people, cars, sights and sounds.After seeing the mega musical Wicked a few days ago, this morning was our opportunity to be a part of a backstage tour of the production – Wicked: Behind…

Is good ol’ Hollywood star power dying? Here’s an interesting article from the LA Times, predicitng the very real possibility that this weekend’s US box office top grossing movie will once again be Beverly Hills Chihuahua. So? Umm, this is a slight problem when one considers the new political thriller Body Of Lies, directed by… Many local readers of The Drama Teacher are seeing Swedish playwright Jonas Hassen Khemiri’s play I Call My Brothers at the moment with their senior drama students. A play about paranoia, societal views of others, and racial profiling, I Call My Brothers is currently on the 2015 VCE Unit 3 Drama Playlist. Here is a couple… 1. Artificial Dialogue Unfortunately, too often in contemporary theatre we hear character dialogue that is artificial, particularly if it is intended to be naturalistic. Dialogue that is naturalistic should follow the nuances of everyday speech, containing words and phrases spoken by real people in genuine conversations. Authentic speech patterns, appropriate vocabulary, and use of the… 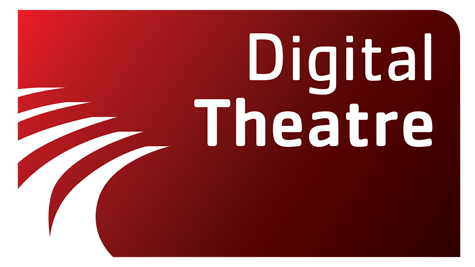 Melbourne’s The Age newspaper reported this week about British-based Internet venture Digital Theatre, who have secured corporate deals with many of Britain’s leading theatre companies for digital downloads of full-length stage productions. Companies currently represented include The Royal Shakespeare Company (The Comedy of Errors, As You Like It), the Royal Court, Almeida Theatre, the Young…