While the line dividing stage props, costumes, and sets can often be murky, the fourteen categories explained below clearly define the different types of props used in modern theatre.

Some are objects an actor holds in their hand, while others merely form part of the overall stage set. Some items hang from walls, a few may exist on the floor or ceiling, and yet there are also items that are eaten by actors and replaced after each performance.

As technology continues to advance, so does every aspect of the theatre including objects that create special effects. A real candle, torch, or fire in a fireplace is rarely permitted in the theatre for safety reasons, so specialised electrical objects known as ‘practicals’ are purpose-made.

When a character throws a glass bottle to the floor or a chair is smashed over the head of an actor on stage, breakable objects are carefully constructed for this event. In these examples, real glass is never used and a chair is built to break away into parts with ease. And yet everything looks strikingly realistic to the audience.

While each play or musical show is different, common objects such as couches, tables, lamps, and chairs exist in many productions and can be used, re-used, shared between theatre companies, and repurposed effortlessly. But some theatre productions are so unique, specialty objects are built just for that show such as rubber fish, massive clocks or bridges. Some objects on stage exist more for a symbolic, rather than literal, meaning while others are implied in the text but are never seen.

The world of props is a highly specialised area of modern theatre that is both magical and very real at the same time.

This category is self-explanatory. These items are any objects handled by the actor as part of their stage business. Sometimes they are simply touched, at other times they may be carried around the stage for a lengthy period of time.

These items are like a sub-category of hand props. They are usually any items that an actor uses to develop his or her character in rehearsal, hence ‘personal’. Some are discarded before the performance but those that stay are unique to a particular character such as an umbrella, a pipe, or a walking stick.

This category involves a small number of objects that are part of the character’s costume such as a fob watch, walking stick, mask, or parasol.

This category is larger objects that form part of the set as a whole, most common items of furniture such as a couch or chair. Actors usually interact with set props.

This category lies in the background of the set and includes objects that are usually unnoticed by the audience. These items help decorate the set such as books in a bookcase, lamps, carpets, chandeliers, and rugs. Actors do not normally interact with set dressing on the stage.

This category involves anything that hangs on the set walls such as curtains, clocks, and paintings.

This category is all plants on the set (hence ‘greens’), including flowers. Whether these greens are real or imitation is immaterial.

Click here for an article discussing the symbolic use of props in film including an excellent video explaining this concept with examples.

As the name implies, this category involves any type of special effect such as burning fires in fireplaces, rain, torches, etc.

This category involves objects that are specifically made for a particular show with a function that goes beyond mere set dressing or a standard chair, for example.

This category involves any item that is eaten, manipulated, or destroyed in some way during a single performance. This often includes food and drink, but could also be items such as caps in cap guns, letters, napkins, or magazines. As a rule, a consumable or perishable must be completely replaced after each performance.

This category involves objects that break on cue such as chairs, fake glass, bricks, bottles, or vases.

This category includes electrical props such as fake candles, lamps, and chandeliers. Some of these practicals may also be set dressing.

Objects that physically exist on the stage.

Objects that are only referred to by character dialogue, but do not physically exist on stage. 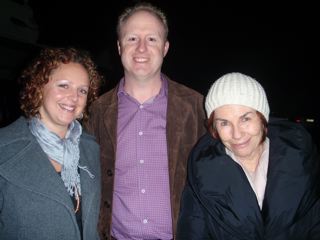