Years ago, when naturalistic and realistic plays dominated the great stages of the world, a character in a performance would never face the audience directly. This was considered one of the theatre’s cardinal sins, as a character’s dialogue and actions were only to be performed facing “inside” the stage picture. But much of modern theatre is eclectic, with a range of theatre styles mashed into a single performance. As a result, direct audience address is now a more common and completely acceptable convention.

Students of theatre can experiment with various ways of directly addressing the audience. For middle and senior high school students, a discussion about style may be important when experimenting with the technique of direct address. It falls under the umbrella of non-realistic or non-naturalistic conventions for reasons that should now be obvious – characters in realistic dramas uphold the illusion of theatre, never reminding the audience they are merely “watching a play”, but keeping those in the darkness Peeping Tom’s, peering into the action and events of the play from their side of the stage. Characters in realistic plays will never break the fourth wall, while direct audience address smashes that wall to pieces, establishing a connection with the audience by interacting with them face on.

Character: While the ancient Greek chorus effectively functioned as a group narrator, commenting upon previous and upcoming stage action, the father of the modern (individual) narrator is widely considered to be German theatre practitioner Bertolt Brecht. In his epic theatre style, developed in collaboration with Erwin Piscator, Brecht encouraged characters to directly address the audience. This was suitably seen as one of Brecht’s many distancing (alienation) techniques, reminding the audience to remain emotionally detached from the action of the play. Without notice, a character would address lines to the audience directly, jolting their intellectual reaction to the plot and themes of the play. In the process, the character’s function may change to that of storyteller or quasi-narrator.

The epilogue of Brecht’s play The Good Person of Szechwan is a prime example. The open-ended conclusion to the play, deliberately left without proper resolution (denouement) so the audience can finish the play themsleves in the real world outside the theatre walls, has no character allotted to speak the final lines. An obvious direct audience address, this brief epilogue can be spoken by anyone the director chooses. But one thing remains clear, whoever speaks them is functioning as a narrator.

Another example occurs in Thornton Wilder’s play Our Town where the character of the Stage Manager functions as the play’s narrator.  Among other things, the Stage Manager introduces some of the play’s acts, but importantly, also joins the action on occasions to perform several minor roles in the play, moving from outside the play to inside the drama. Students of drama can easily experiment with this technique in the classroom and then survey their classmates as to the effect it had on them (the audience).

Narrator: An important difference to Brecht’s version of direct address is a character who is named as the play’s narrator from the outset and behaves as such throughout the entire performance. This version of direct address to the audience is therefore not unexpected by the audience. This character is the traditional narrator role, standing or sitting on the side of the stage, serving as the bridge between the other characters in the play and the audience. The narrator typically looks back in to the stage picture and observes the action, then at times looks out to the audience and comments on what has occurred or is soon to happen. A formal narrator can also sometimes serve as the play’s storyteller. The narrator character is popular in primary drama classrooms and junior secondary drama, as students love being the narrator/storyteller on the side of the stage in everything from classroom fairy tales to whole school plays.

Performer: Students can also experiment in the drama classroom with the performer briefly dropping character to directly address the audience during a performance. This variation on the direct address technique can be chosen for a different effect and when compared to the two examples above, may change the intended meaning of a scene completely. Often in high school drama classes my students will choose to perform this technique when their drama is about a serious issue (anything from bullying to HIV AIDS). A performer dropping character to speak directly to the audience as a student is much more personal, informal and intimate, often eliciting a response from the audience that is different to that achieved either via a character briefly functioning as a narrator or a formal narrator directly addressing the audience. If used judiciously at a key moment in the drama, this device can be very effective. Here’s a collection of 50 surreal images that can be used as stimulus material in drama class for creating characters, improvisations and performances. 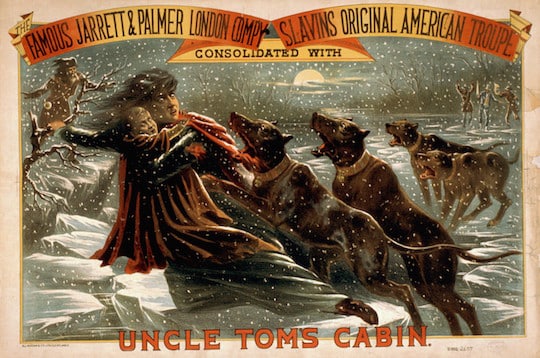